One of the most disputed aspects of divorce is the division of marital property. This is even more challenging in Wisconsin, which is one of the few ‘community property states’ in the US. What does this mean for divorcing spouses? Who gets what in a Wisconsin divorce? Here is a brief overview of Wisconsin marital property law.

What Is A Community Property State?

In terms of property division, most US states follow ‘common law,’ which generally means that any property bought under one spouse’s name is owned by that spouse only. Assets acquired under both spouses’ names are the ones that belong to both of them.

During divorce proceedings, the judge will determine an “equitable distribution” – that is, a fair but not necessarily equal division of property based on many factors like each spouse’s income and financial needs.

Wisconsin is a community property state. When a couple decides to divorce here, their marital assets will likely be divided equally between each spouse, regardless of who bought what. There are a few exceptions to this 50-50 division, such as if the couple has a valid prenuptial agreement outlining how their marital property should be distributed.

Property division applies to “marital” property, but not “individual” property. The term “property” encompasses pretty much everything the couple owns, such as a home, cars, bank accounts, stocks, furniture, art and so on. Income earned during the marriage is also considered marital property.

Individual property (sometimes referred to as “separate” property) consists of assets a spouse owned before the marriage. It also includes whatever a spouse received as an inheritance or a gift (from someone other than the other spouse) at any time, including during the marriage. Separate property isn’t subject to distribution in the divorce.

If you want to keep your individual property for yourself, make sure you don’t commingle it with marital assets. Commingling it could convert it to marital property. You may see this where a spouse takes money from an inheritance and deposits it in a bank account that’s in both spouses’ names. However, you may be able to circumvent that in the divorce if you can trace back to the specific source of the individual property.

There’s another way in which individual property can become marital property. It could happen when non-owner spouses contribute substantial labor, or physical or intellectual skills, to the individual property. A non-owner spouse’s efforts in growing the other spouse’s business might fall into this category. But, that alone won’t automatically result in the property’s designation changing.

That will only happen if non-owner spouses weren’t reasonably compensated for their contributions and if their efforts resulted in a substantial appreciation of the property’s value.

Note also that Wisconsin marriage property laws require the couple to complete standardized forms that provide the court with complete disclosure of all their property, as well as their debts and liabilities.

Connect With Us Today

Before settlement negotiations begin, contact our office to get a free consultation. We also offer representation without a retainer fee in most cases.

We will help you make informed decisions about your property. At Dahlberg Law Group, we help clients identify key negotiating points while protecting their rights and interests. Trust that the attorney who handles your divorce will implement a legal strategy consistent with your objectives. 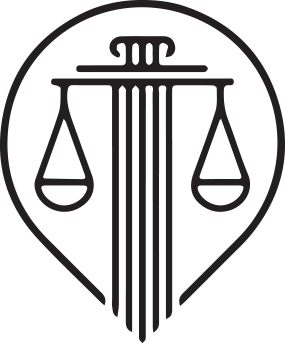